The City of Everett, population 91,488 (2000), lies on the shores of Puget Sound, 30 miles north of Seattle, Washington. In 1990, the City adopted restrictions for environmentally-sensitive areas which made these properties difficult or impossible to develop without code exceptions. To avoid a taking claim, the City adopted a process for administratively approving code modifications to ensure that owners could experience a reasonable economic use of their land. This code provision formalized a policy that the City had employed on an ad hoc basis prior to 1990. In 1992, the code was again amended to allow transfer of development rights as a further means of ensuring that owners can make reasonable use of their properties. 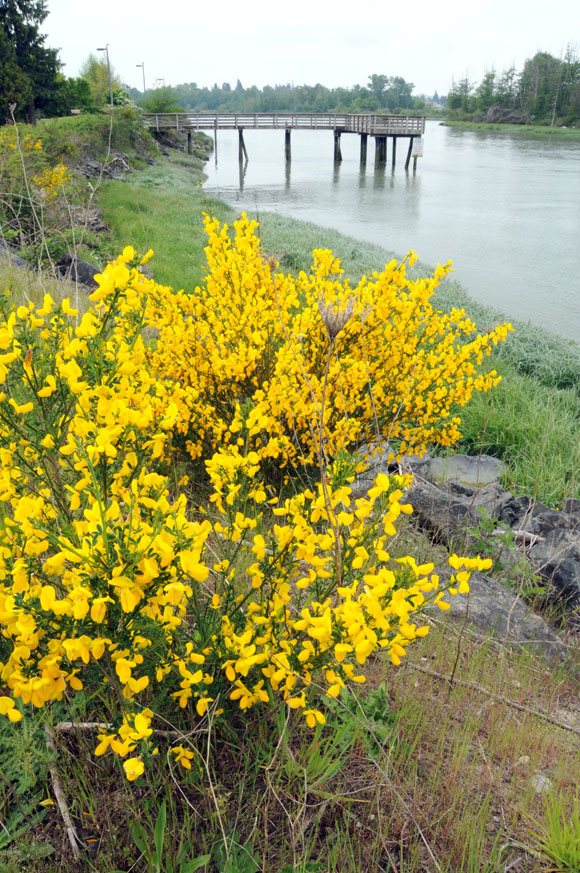 The City’s regulations for Environmentally Sensitive Areas (ESA) contain a process to allow exceptions in the event that the regulations would preclude reasonable economic use of property. The Everett code spells out the criteria for approving a reasonable use exception and furthermore provides a “Reasonable Use Administrative Modification” process which allows the Planning Director to grant an administrative modification to certain regulations. For example, the Director may modify height, setback and buffer requirements only to the extent needed to provide a reasonable economic use of the lot while still protecting environmentally sensitive areas. If the modification of height, setback and buffer requirements is insufficient to allow reasonable economic use of a property, the Planning Director may grant a transfer of development rights in addition to or in lieu of the other modifications.

The Everett code specifies the conditions and process for using TDR to provide reasonable economic use of a property. The process allows the development rights severed from the restricted property to be sold or used on a receiving site also owned by the owner of the restricted property. The development rights available for transfer from a sending site are determined on a case-by-case basis depending on the constraints of each proposed sending site; in all cases their would be at least one dwelling unit which could be transferred from any potential sending site. The Everett TDR program offers a one-to-one transfer ratio; for each dwelling unit precluded at a sending site, only one additional development right can be allowed on a receiving site.

The Everett program has many key ingredients for success. For example, the owners of potential sending sites are motivated to transfer their development rights because these sites are difficult to develop due to regulations and site constraints. Furthermore, the approval of TDR is administrative, reducing developer concern about the time, cost and uncertainty associated with discretionary approval processes.

Nevertheless, no transfers have been approved under the Everett program so far. According to Robert A. Landles, Manager of Everett’s Land Use Division, the City has not as yet received a proposal that requires TDR. As discussed above, the Planning Director can approve various exceptions to code requirements in order to allow for reasonable use of a property; this reduces the need to use TDR to avoid a taking. However, the program was only started in 1992, and it is too early to tell whether or not the TDR program as it currently exists will become an important mechanism for preserving important environmental resources in Everett.

In a May 2001 update, Manager Landes reported that the ordinance had not changed. Although some developers have talked about using the TDR option, no transfers had occurred at that time.