In 1620, the Mayflower anchored at Cape Cod for one month while the Pilgrims explored the possibility of building a colony there. Apparently deciding that Cape Cod was too inhospitable, the Pilgrims ultimately sailed further west to Plymouth. Today, people appear to have the opposite reaction to Cape Cod. Now, six million tourists visit Cape Cod annually and another 230,000 people live here year round. In their love affair with Cape Cod’s 550 miles of shoreline and 360 lakes and ponds, residents and tourists alike are threatening to destroy the unique environment that first attracted them. Luckily, citizens, private organizations and multiple levels of government have recognized this threat and are succeeding in saving an impressive assortment of parks, preserves and wildlife refuges. 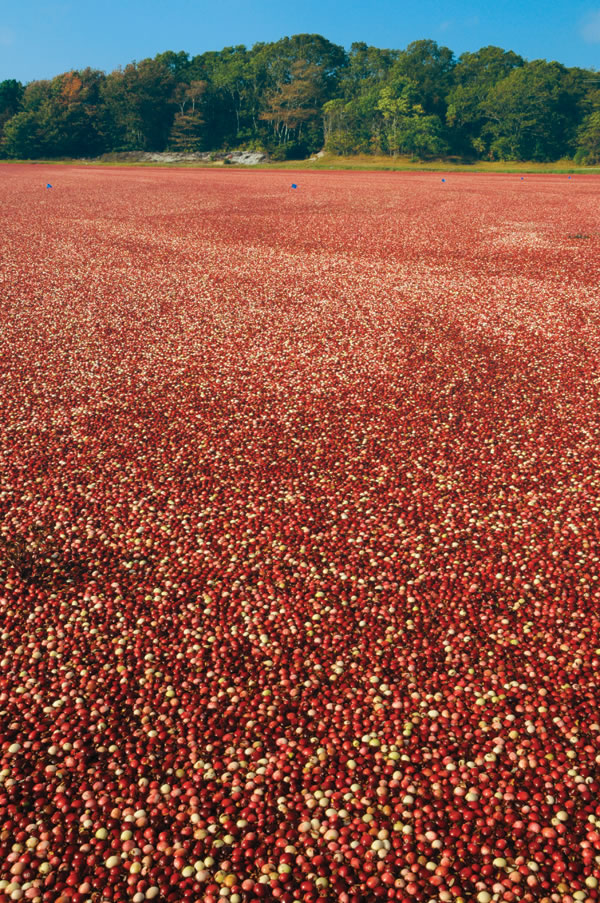 Bicyclists on the Cape Cod Rail Trail can encounter scenes like this, a cranberry bog at harvest.

Author Henry David Thoreau made four visits to Cape Cod in the mid 1800s and chronicled his observations and experiences in a travel memoir entitled Cape Cod. In 1961, the creation of the Cape Cod National Seashore permanently preserves much of the natural landscape that fascinated Thoreau 100 years earlier. The Seashore incorporates 44,000 acres with five working lighthouses, eleven nature trails and three paved paths for bicycling and roller skating. The adventurous can wander 40 miles of pristine coastline and even retrace Thoreau’s three-day walk from Eastham to land’s end in Provincetown seeing only the occasional fisherman or beachcomber depending on the time of year. 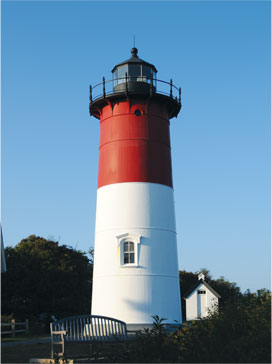 Wildlife agencies are likewise at work here. The U.S. Fish and Wildlife Service has created the Monomoy National Wildlife Refuge on barrier islands off the elbow of Cape Cod which preserves eight miles of sand beaches as well as 7,604 acres of marshes, dunes and other critical habitat. The U.S. Fish and Wildlife Service has also joined with eight other agencies and private conservation organizations to form the Mashpee National Wildlife Refuge, which will ultimately preserve 5,871 acres of marshes, cranberry bogs and white cedar swamps. The Waquoit Bay National Estuarine Research Reserve is a state-federal partnership that preserves 2,333 acres of coastal ecosystems.

At the state level, the Massachusetts Department of Conservation and Recreation maintains a state forest and three state parks on Cape Cod including 1,900-acre Nickerson State Park located roughly at the midpoint of the 22-mile long Cape Cod Rail Trail. The rail trail passes through woods and past cranberry bogs while offering a pleasant and healthy way to get to and from the National Seashore.

Cape Cod may no longer be the uninhabited wilderness encountered by the Pilgrims in 1620. But, thanks to the combined efforts of countless governmental agencies, private organizations and average citizens, the most critical habitat and open space are steadily being saved. And, someone who wants solitude as well as beauty can still find peace and quiet here. Or, as Thoreau wrote of Cape Cod more than150 years ago: “A man may stand there and put all America behind him.”