Beginning in the 1730s, settlers striped the trees from the slopes of Catoctin Mountain to supply charcoal for iron furnaces, bark for tanneries and timber for lumber mills. By the Great Depression, the few people who remained on the exhausted land could barely sustain themselves. In 1934, the federal government created an economic recovery program to restore and reuse marginal lands. This program, run by the Federal Emergency Relief Administration, acquired over 10,000 acres on the mountain as the Catoctin Recreational Demonstration Area. Workers employed by the Civilian Conservation Corps (CCC) and the Works Progress Administration (WPA) built improvements that visitors enjoy to this day. For example, the WPA built a compound of rustic cabins in the middle of the newly-revitalized eastern hardwood forest. President Franklin D. Roosevelt liked this compound so much that he named it Shangri-La and converted it to the presidential retreat now known as Camp David. Since that time, governments at every level have worked with preservation organizations and the general public to protect the natural and cultural heritage of Frederick County. 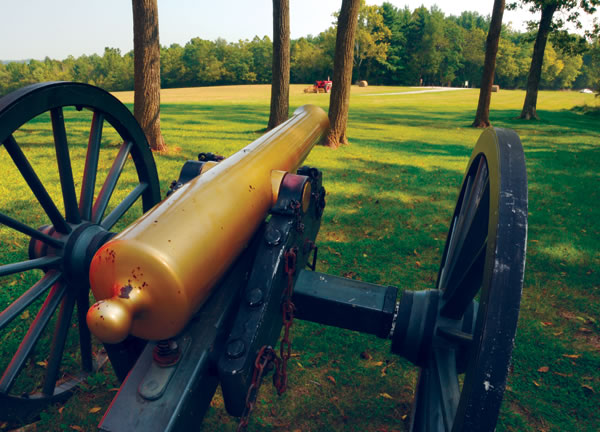 Frederick County has demonstrated its determination to preserve farmland by supplementing the Maryland Agricultural Land Preservation Foundation program with three additional preservation tools. Under Maryland’s Rural Legacy Program, Frederick County has targeted the Burkittsville and Adamstown regions as Rural Legacy Areas because of their agricultural productivity, natural resources and cultural integrity. Farms in Rural Legacy Areas are eligible for preservation funding though a separate state/county program. In 1994, the County added a Critical Farms Program that helps farmers buy additional farmland. And in 2002, Frederick County adopted an Installment Purchase Program that pays participating farmers tax-free interest for up to 20 years followed by a principle payment for their easements at the end of the term. According to the Farmland Preservation Report, in 2007, Frederick County had preserved 34,158 acres of farmland, making Frederick County among the twelve most successful locally-operated farmland preservation programs in the nation. 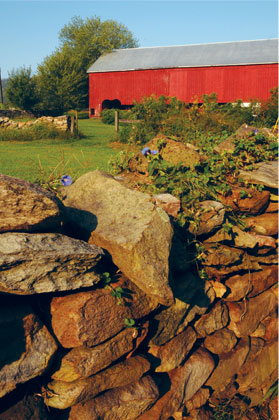 The federal government preserves over 10,600 acres in Frederick County within one national park and two national battlefields. In 1936, roughly half of the land in the Catoctin Recreational Demonstration Area (mentioned above) was assigned to the National Park Service and, in 1954, was renamed Catoctin Mountain National Park. The 3,250-acre Antietam National Battlefield commemorates September 17, 1862, the bloodiest day of the Civil War, which resulted in 23,110 casualties and prompted President Abraham Lincoln to issue the Emancipation Proclamation declaring freedom for slaves in the rebellious southern states. The 1,647-acre Monocacy National Battlefield preserves several sites where the confederate troops defeated Union forces in 1864 but were nevertheless unable to capture nearby Washington, DC.

Of the original Catoctin Recreational Demonstration Area mentioned above, the other 5,000 acres were transferred to Maryland for the creation of Cunningham Falls State Park. In addition to 78-foot high Cunningham Falls, the largest cascade in Maryland, this park includes the remnants of the Catoctin Furnace, an ironworks complex built in 1778 which once supplied the Continental Army of George Washington.

Maryland manages two other parks in Frederick County with a total of 1,277 acres, including Gathland State Park, which straddles Campton’s Gap, site of the first Civil War battle in Maryland. This park includes a section of the Appalachian Trail and a stone-arch monument to war correspondents built by George Alfred Townsend, a journalist who used the pen name of “Gath.”

Frederick County itself has over 1,500 acres of parkland and many of the municipalities within the County are known for open space preservation. Most notably, the City of Frederick maintains the 7,000-acre Frederick Municipal Forest for multiple purposes including recreation, timber management, wildlife habitat and watershed protection for a reservoir that supplies drinking water to the City.

In the 1930s, the federal government demonstrated an effective way of preserving, restoring and reusing land while promoting economic recovery in the process. Today, Frederick County continues this tradition, combining a suite of conservation tools into one of the most successful farmland preservation programs in the United States.