In 1917, Henry Osborn, Madison Grant and John Merriam traveled through the stump-studded logging operations of coastal California and eventually found themselves standing in a grove of ancient redwoods in Humboldt County, 180 miles north of San Francisco. The three men were so awed by these primeval giants that they joined with others to form the Save-the-Redwoods League. The League teamed with Humboldt County and began buying land from the timber companies, marking the first of many public-private partnerships critical to preservation here. In its 90-year history, Save-the-Redwoods has been instrumental in preserving over 181,000 acres of forestland and developing 59 redwood parks and reserves. 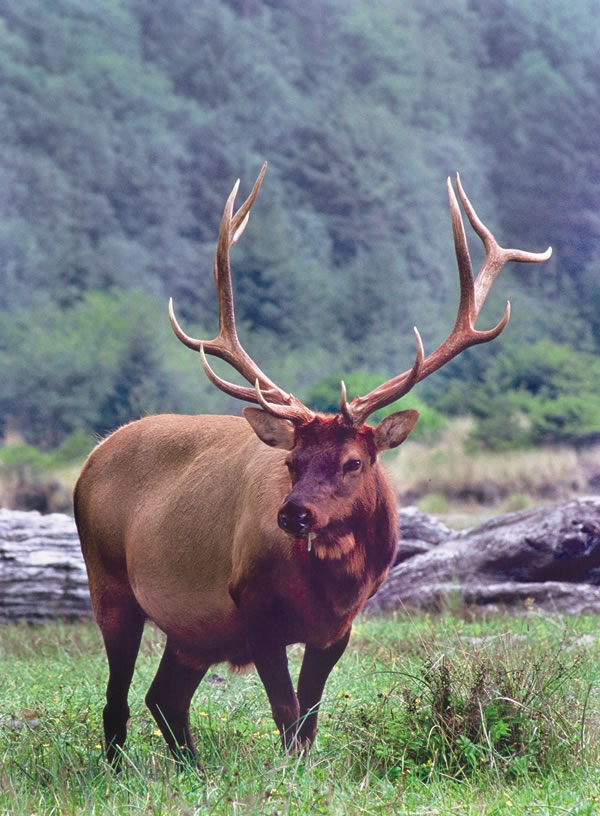 Redwood National and State Parks in Humboldt County are home to the once-endangered Roosevelt elk. 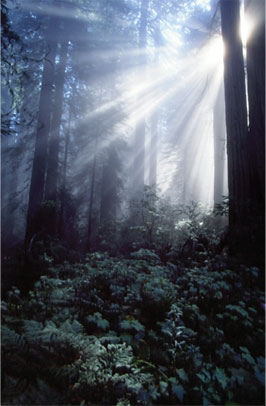 In 1968, the federal government became more active in Humboldt County with the creation of Redwood National Park, which incorporated Prairie Creek Redwoods State Park within Humboldt County as well as two other state parks to the north. In 1977, Redwood National Park was expanded by 48,000 acres, raising the total size of Redwood National and State Parks to 132,000 acres of land and 37 miles of coastline in Humboldt and Del Norte counties. These parks include 39,000 acres of ancient coast redwood forest, which represent almost half of all old-growth redwood forests remaining in California. Coast redwoods are the world’s tallest tree species. Redwoods here sometimes tower to a height of over 350 feet and are estimated to be more 2,000 years old. These parks are also home to the once-endangered Roosevelt elk, the largest elk subspecies in North America. Redwoods National and State Parks were designated as a World Heritage Site in 1980 and an International Biosphere Reserve in 1983.

In addition to being the home to 12 other state parks, beaches and preserves, Humboldt County also includes the wildest portion of the California coastline, affectionately known as the Lost Coast. In 2006, passage of the Northern California Coastal Wild Heritage Wilderness Act preserved the heart of the Lost Coast by creating the 42,585-acre King Range Wilderness. This wilderness, with spectacular coastal mountains and plunging creeks, abuts the 7,367-acre Sinkyone Wilderness State Park. Adventurous backpackers can now trek in solitude for 64 miles on the Lost Coast segment of the California Coastal Trail, which intermittently extends from Oregon to the U.S.-Mexico Border.

In addition to parks and forests, the Humboldt Bay National Wildlife Refuge offers 4,000 acres of habitat for resident species as well as hundreds of thousands of migratory birds in need of a rest when traveling the Pacific Coast flyway. The California Department of Fish and Game contributes another 4,800 acres in six wildlife areas including the 1,600-acre Big Lagoon Wildlife area, home to elk as well as waterfowl, heron and osprey.

Despite the successes listed above, some stands of old-growth redwoods remain at risk. In 1999, the State of California and the U.S. Bureau of Land Management spent $380 million to acquire 7,400 acres known as the Headwaters Forest Reserve, an area that provides habitat for a multitude of species including coho salmon and marbled murrelet, a threatened seabird. Concerns persist that logging activities on adjacent, privately-owned land are jeopardizing the reserve. Nevertheless, Humboldt County can still point with pride to the fact that roughly 30 percent of its total land has been permanently preserved, largely through the close cooperation of enlightened governments and far-sighted individuals.