Lying six miles south of the Cape Cod mainland, Martha’s Vineyard has historically offered refuge to threatened wildlife as well as vacationers. In fact, this 87-square mile island was the site of one of our nation’s first attempts to protect an endangered species, the heath hen. This cousin of the prairie chicken was almost hunted out of existence by the end of the 19th Century. Only a few hundred individuals remained on Martha’s Vineyard. In 1908, the Heath Hen Reserve was established on the island but it failed to keep this species from extinction. The last heath hen was seen in 1932 and the reserve was renamed the 5,100-acre Manuel F. Correllus State Forest. Today, this 5,100-acre open space is being restored to its native ecosystem, sadly, minus the heath hen. Similarly, private conservancies and the Martha’s Vineyard Land Bank are protecting places throughout the island where wildlife can not only survive but thrive. 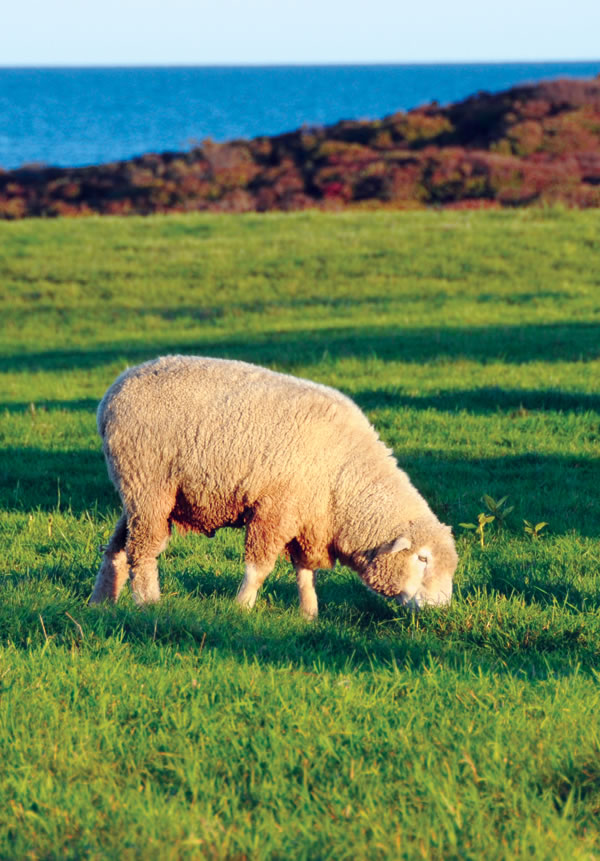 Allen Sheep Farm is one of 61 properties on Martha’s Vineyard preserved by a two percent surcharge on real estate transactions.

The Nature Conservancy views islands as the “canary in the coal mine” because they shelter more endangered species and exhibit ecological threats long before they appear elsewhere on earth. The Nature Conservancy has been particularly concerned about Martha’s Vineyard since this island contains some of the best remaining examples of the coastal sand-plain ecosystem, with rare natural communities like coastal grasslands and heath. This threatened ecosystem is now rarely found in the northeastern United States and has been reduced to one percent of its original worldwide acreage. The Nature Conservancy protects almost 1,000 acres on Martha’s Vineyard in six preserves, including the Katama Plains, one of the last sand plain grasslands left on earth. 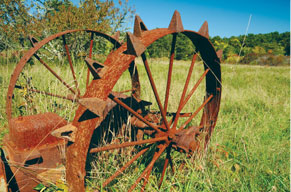 The Trustees of Reservations, the first private statewide conservation organization in the country, owns 1,573 acres within five preserves on Martha’s Vineyard. Long Point Wildlife Refuge, 632 acres of sand barrens, beachfront and coastal salt ponds, was once owned by a duck hunting club. Cape Poge Wildlife Refuge preserves a beach, ponds and salt marshes as well as a working lighthouse built in 1893.

The Vineyard Open Land Foundation, another private non-profit organization, has worked with landowners since 1970 to preserve over 2,000 acres and is currently restoring a cranberry bog and its associated ponds to demonstrate how to go about environment-friendly cranberry farming.

The Sheriff’s Meadow Foundation is named for its first preserve, a meadow once owned by Sheriff Isaiah Pease. Before the era of refrigeration, ice was harvested from the freshwater pond here. But by the mid 20th Century, the meadow was ripe for development. In 1958, author Henry Beetle Hough used the proceeds from his latest book to buy and create this permanent preserve near the heart of Edgartown. Since then, the Foundation has permanently protected almost 1,000 acres of land in 13 preserves often in cooperation with other organizations including the Vineyard Open Land Foundation and the Vineyard Conservation Society.

Martha’s Vineyard Land Trust is a public agency that preserves land using revenue generated by a two percent surcharge on most real estate transactions. To date, the Land Trust has preserved 2,700 acres in 61 properties. Most of these properties preserve natural features like beaches, ponds and marshes. Many also offer a range of recreational opportunities including biking, hiking, fishing and swimming. But some of these properties are working farms, like the Allen Farm, which looks like an image from a bygone era with sheep grazing in a pasture perched on a bluff high above the Atlantic Ocean.

The Martha’s Vineyard Commission estimates that roughly 34 percent of the island is in public open space or protected by conservation restriction. This achievement is particularly remarkable considering that its natural beauty and historic charm make Martha’s Vineyard a magnet for growth as well as wildlife.