In 1963, the Nantucket Conservation Foundation was formed to protect the island’s unique landscape, including its historic cranberry bogs. Five years later, the Foundation was the proud owner of the 275-acre Milestone Cranberry Bog, once the largest continuously operating cranberry bog on earth, as well as 3,000 acres of surrounding moorlands. By maintaining production, the Foundation not only kept the cranberry industry alive on Nantucket but also used the proceeds to fund a portion of its other preservation work. Today, the Nantucket Conservation Foundation owns 8,700 acres of open space, over 29 percent of the island’s total land area. 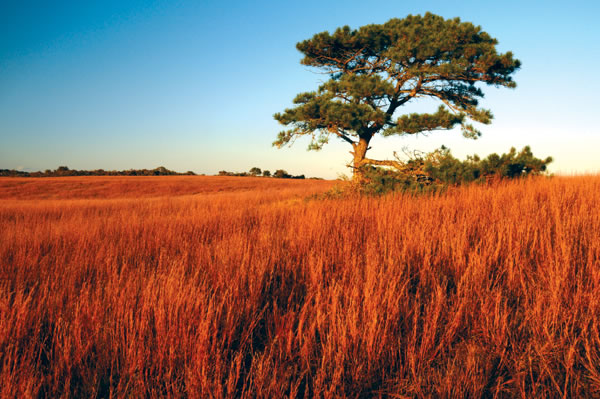 The Tuppancy Links is one of 210 properties preserved by the Nantucket Conservation Foundation, which now owns almost one third of the island’s total land area.

Several other groups are also hard at work on Nantucket. The Trustees of Reservations, a state-wide, non-profit conservation organization dating back to 1891, protected the 1,117-acre Coskata-Coatue Wildlife Refuge, which features salt marshes, ten miles of ocean shoreline and a magnificent setting for the Great Point Lighthouse. The Trustees share Great Point with the U.S. Fish and Wildlife Service, which owns the Nantucket National Wildlife Refuge there. 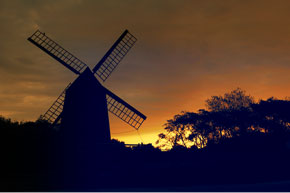 In 2000, the Massachusetts Community Preservation Act was enacted to provide an additional funding mechanism for communities wanting to build more affordable housing and preserve more open space and historic resources. One year later, Nantucket had established its Community Preservation Act program, becoming one of the first towns in the state to sign on. Under this program, Nantucket imposes a three percent surcharge on property tax bills and this revenue is matched by the state. To date, Nantucket has spent over $11 million on qualified projects under this program.

Nantucket buys additional open space through its municipal Land Bank, which is funded by a two percent real estate transfer fee on most real estate transactions. To date, the Land Bank has raised $154 million and preserved over 2,455 acres of heathlands, beaches, wetlands, aquifer recharge areas, moorlands, ponds, wildlife habitat and recreational land, including a golf course. This program was approved by Nantucket voters and the Massachusetts Legislature in 1983, making it the first program of its kind in the United States. So far, Massachusetts has given authority to use this tool only to Nantucket and Martha’s Vineyard.

The Nantucket Land Council, another private non-profit organization has specialized in protecting “owner unknown” land from development through title research and legal action. The Land Council has also purchased conservation easements on roughly 732 acres in 59 parcels. For example, NLC funded the easement that secured a 270-acre preserve owned by the Linda Loring Nature Foundation. The Council also bought conservation restrictions on Bartlett’s Ocean View Farm, a sixth generation family farm that supplies locally-grown food and flowers to the island. The Council’s other success stories include the tiny island of Tuckernuck, now over 50 percent preserved.

Massachusetts Audubon protects another 950 acres on Nantucket in three preserves including the Sesachacha Heathlands Wildlife Sanctuary, home to short-eared owls, northern harriers and dozens of other bird species. The Nature Conservancy, which designated Nantucket as one of its “Last Great Places,” also owns three properties on the island with a combined acreage of about 52 acres.

The entire island is listed as a historic district in the National Register of Historic Places due largely to Nantucket’s fame as the leading whaling port in the world between 1740 and 1840. The oldest functioning wind mill in the United States, built in 1746, occupies a prominent hilltop and a 28-mile bike path network radiates from the cobblestone streets of Nantucket Town, making it easy for visitors to navigate the entire island (which is 14 miles long and four miles wide) without having to bring their cars from the mainland.

In total, 13,350 acres, or roughly 45 percent of the Island, are now permanently preserved open space. Despite high land values, Nantucket and its many private conservation organizations are working to protect even more. Given their history of determination and innovation, they are sure to succeed.