“It is true that some people look upon such woods merely as a troublesome encumbrance standing in the way of more profitable use of the land, but future generations will not feel so and will bless the men who were wise enough to get such woods preserved.” That prophesy was uttered by John Charles Olmstead and Frederick Law Olmstead, Jr. in their Report of the Park Board, Portland, Oregon, 1903. That landmark plan called for the integration of improved parks with the preservation of wild areas in their natural state, such as Tualatin Mountain, the wooded ridge that effectively forms the western edge of the central Portland. 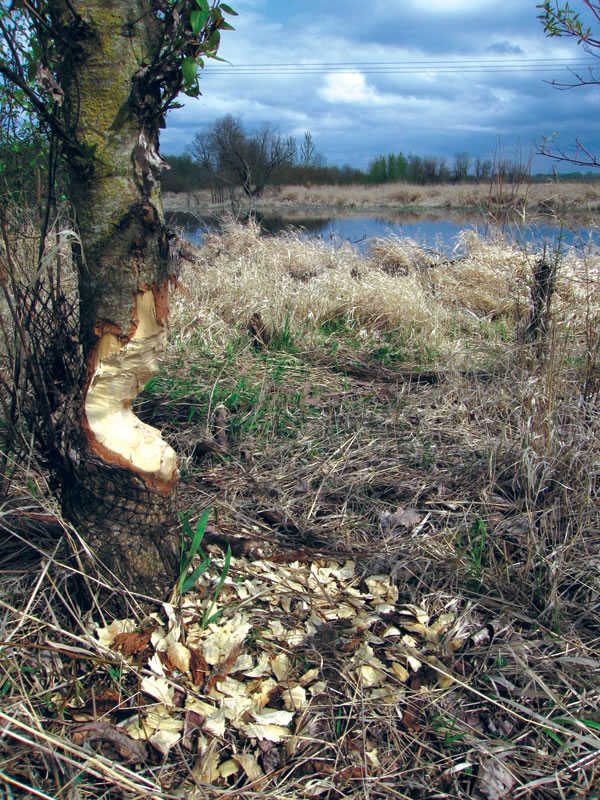 As recommended, Portland passed a $1-million parks bond in 1907 to implement the Olmstead plan. Unfortunately, none of that money was used to acquire land on Tualatin Mountain, which continued to be scarred by logging, wildfires and landslides throughout the first half of the 20th Century. In the 1940s, the Boy Scouts, the Trails Club and Mazamas, a local mountaineering club, planted trees in the damaged areas, reminding the general public of the great potential of this neglected resource. Civic leaders and conservation groups joined the effort and succeeded in officially creating Forest Park in 1948. Today, Forest Park protects 5,000 acres of woods and trails in the heart of Portland, providing not only environmental and recreational benefits but a source of inspiration for Portland’s ongoing preservation work. 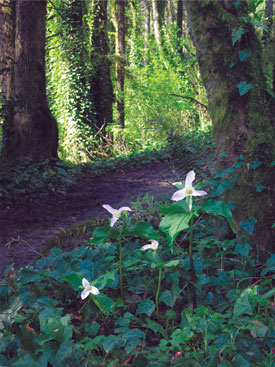 The City of Portland lies at the confluence of the Columbia and Willamette rivers in northern Oregon in the center of an urbanized area with a population of over two million people. In 1979, the voters approved the formation of Portland Metro, an elected regional government that includes Clackamas, Multnomah and Washington counties plus 25 cities. In 1980, Metro approved an urban growth boundary that has successfully curbed the sprawl that plagues most US cities. The citizens of Portland recently demonstrated an unusually enlightened attitude toward open space preservation by overwhelmingly (72%) responding “yes” to a survey question of whether they would prefer to add housing to existing neighborhoods rather than convert outlying farms and forests.

Today, the City of Portland manages 7,000 acres of protected natural areas and continues to add to that total. Some of the recent acquisitions are funded by open space bonds passed by Portland Metro voters in 1995 ($135.6 million) and 2006 ($227.4 million). As of 2005, money from the first bond alone had preserved 8,130 acres and 74 miles of streams throughout the greater Portland region including the East Buttes/Boring Lava Domes, Sandy River Gorge, Clear Creek Canyon and the Willamette River Greenway.

Portland supplements traditional funding sources with three transferable development rights programs designed to allow additional development in appropriate areas in return for the preservation of important open space. In 1991, the City adopted a TDR program to preserve those portions of Tualatin Mountain that are stilled privately owned. In 1996, Portland added a second open space TDR program designed to preserve land near Johnson Creek, a tributary of the Willamette River that provides habitat for endangered salmon and trout species. In a third TDR program, developers can achieve bonus density when they preserve open space for the South Waterfront section of the Willamette River Greenway. The Greenway currently offers over 1,000 acres of riverfront access and is ultimately designed to feature a continuous 40-mile loop trail through the heart of the City.

Funding from the Metro Portland acquisition program has been supplemented by open space bonds passed by the voters of individual cities in the region including Lake Oswego, West Linn, Gresham and Troutdale. The City of Lake Oswego alone has preserved over 490 acres of open space as natural areas and wildlife habitat including Cooks Butte, an extinct volcano that hikers can explore on a two-mile trail system.

Portland is generally acknowledged as our nation’s leading role model for sustainable development and smart growth. It is not surprising that the Portland region is also becoming a leader in open space preservation.