Gunnison County, population 16,802 (2019), is located in central Colorado, 200 miles southwest of Denver. Almost 80 percent of the county’s land area is managed by federal agencies including the Bureau of Land Management, the National Forest Service, and the National Park Service. The remainder of the county consists of ranch land, the City of Gunnison, and four towns including Crested Butte, a former mining town now in the National Register of Historic Places, and Mount Crested Butte, home to a Crested Butte Ski Resort. 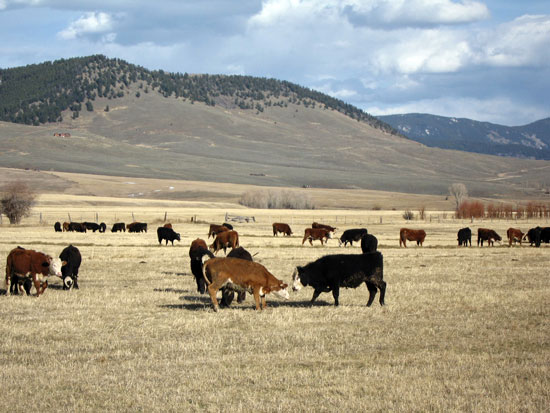 The voters of Gunnison County approved a ballot measure in 1997 creating a Land Preservation Fund capitalized by sales tax revenues. Using $3.6 million of this dedicated sales tax income, the county leveraged $44 million as of 2021 for preservation by matching its money with non-county sources, particularly Colorado’s state-run lottery revenues. This resulted in an average cost to the county’s Land Preservation Fund of $355 per preserved acre.  As of 2021, Gunnison County had preserved over 16,000 acres or roughly four percent of the county’s private land.

Gunnison County adopted a Residential Density Transfer (RDT) program in 2009 allowing developers to increase the density of their subdivisions when they contribute to the preservation of offsite ranchland. Developers are awarded this extra density by paying a density transfer charge calculated as ten percent of the land value increase generated by the extra density.

A qualifying receiving site project in Gunnison County’s RDT program can include any residential subdivision with five or more residential lots or residences. Participating developers can reduce their on-site open space requirement from 30 to 15 percent of the total project area and increase the density of the receiving site by using RDT. The Gunnison County Assessor uses mass appraisal techniques to estimate the land value of the project site before and after subdivision approval. Developers are then required to pay ten percent of this increase in value. Mobile homes and lots used exclusively for workforce housing are excluded from this calculation. This calculation is only performed for the residential portion of a mixed-use development.

An agreement between the receiving site developer and the county enforces compliance with RDT payment requirements. This agreement is executed prior to the recording of the final plat. Developers can pay some or all of the required RDT payment upon final plat recordation. A ten-percent discount applies to all payments made prior to final plat recordation. Alternatively, developers can choose to make these payments as individual lots are sold.

The county adds the revenues from RDT payments to the Land Preservation Fund to augment the revenue from the open space sales tax. As mentioned above, the county uses the Land Preservation Fund to leverage Colorado lottery and other funding sources exclusively to purchase land and conservation easements that permanently preserve parcels with significance as open space, agriculture, habitat, wetlands or watershed protection.

Gunnison County’s RDT program resolves several issues that can derail traditional TDR programs. Sending areas are not designated and a TDR allocation formula is not contained in the RDT ordinance, thereby avoiding disputes that sometimes arise over who can sell TDRs and how many TDRs will be issued in return for preserving a sending site. Essentially the sending site is selected by the county when it decides where to spend the Land Preservation Fund dollars and the amount of compensation is determined at the time, likely by site-specific appraisal.

Likewise, an economic analysis was not necessary to determine how many TDRs would be needed per unit of bonus density because TDRs are not involved. The density transfer charge did not need to be legislated either because compliance is calculated by assessment of the value added by the additional development for a specific receiving site. This eliminates another potential source of disagreement that can hamstring the adoption of traditional TDR ordinances.

The RDT program motivates developer participation by allowing much of the RDT payment to be delayed until the developer has money in hand from the sale of lots. Developers do not have to negotiate and buy TDRs from sending site owners because there are no TDRs and the county performs the sending site preservation. In addition, because RDT compliance is in the form of a cash payment, the county is relieved of having to create, track and retire actual TDRs. Using cash also allows the county to target the best acquisitions and gain maximum leverage from RDT revenues.