The Town of Hebron, population 8,600, lies 15 miles east of downtown Hartford, Connecticut. Hebron’s TDR ordinance is intended to transfer development potential away from the Amston Lake District in an effort to limit environmental impact on the lake as well as reduce congestion and depletion of groundwater supplies in the area. The ordinance is also intended to transfer development into a designated portion of the Sewer Service District, an area with adequate infrastructure to accommodate increased density. 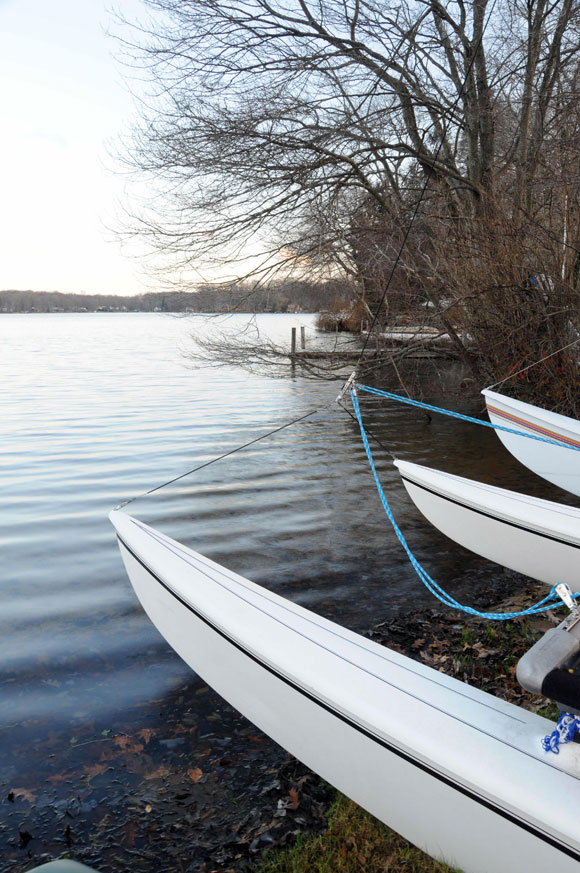 The sending area includes all lots within the Amston Lake District, located at the eastern boundary of the Town. Owners interested in participating apply for a Certificate of Transferable Development Rights to be issued by Commission as part of a Special Permit approval process. To qualify for TDRs,  a Transferable Development Rights Easement must be recorded that permanently prohibits development of the parcel. One TDR, which is the equivalent of one dwelling unit, can be granted for each preserved vacant parcel. However, two TDRs can be issued to vacant preserved lots that front directly on Amston Lake. After Certificates have been issued, owners can transfer them using a TDR Deed of Transfer.

The receiving area includes a mapped portion of the Sewer Service District, which generally surrounds the downtown and follows Church Street south of downtown. TDRs can be used either through the Open Space Subdivision or Planned Residential Development (PRD) regulations. In the PRD, for example, baseline density is 2.5 units per net acre. One TDR can be used to increase density by one unit per acre. Developers may also use affordable housing or additional open space to achieve an extra unit of density per acre. When two of these three incentives is used, maximum density is 4.5 units per acre. The Commission must find that the bonus density is preferable to conventional development and compatible with surrounding development.